Ian Kinnear graduated in Drawing and Painting from Duncan of Jordanstone College of Art in 1965 when he was awarded a David Murray Studentship from the Royal Academy Schools in London affording him an extended time to explore landscape painting in Barra in the Western Isles.

Running parallel with an Art teaching career, Ian established his studio in the Scottish Highlands, working mainly in ceramics, but always including  painting as part of his practice. A move to Angus in 1988 allowed Ian to give up teaching  and concentrate on his own work in what is still his studio in Oathlaw. Current practice is centred solely on on painting.

Ian has work, both in ceramics and painting , held in public and private collections.

“Landscape painting has always formed a major part of my painting practice. While the landscape itself may still generally be the initial inspiration, over time the paintings are becoming less topographical and more spare in their approach, suggesting mood and atmosphere as much as place. I’m always seeking to use mark making and the quality of the paint itself to express the essential elements of the painting in a poetic way.” 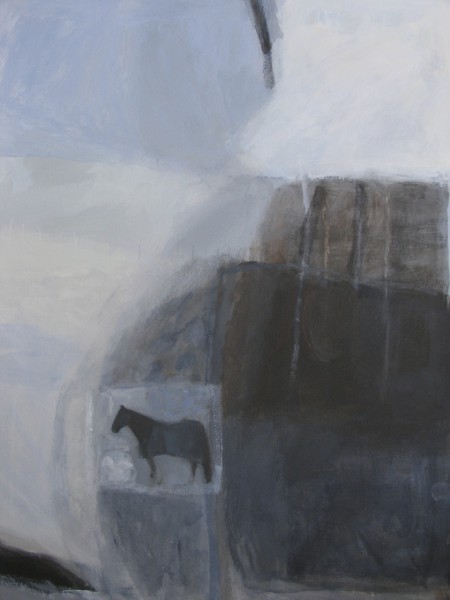